Tenzen Daikoku (大黒天善, Daikoku Tenzen) was a crime boss who lost many men to the blade of Zabuza Momochi during the latter's attempted coup d'etat of Kirigakure.
Looking for revenge years later, he sought out Zabuza Momochi to capture him, but when he discovered that Zabuza was dead he instead plundered Zabuza's blade from his grave in the Land of Waves. He was an aide to the daimyō of the Land of Water and a politician.
After being warned by Sasuke Uchiha (under the impression that Sasuke is, in fact, Suigetsu Hōzuki), he sends out his men to fight Suigetsu, who he believed was coming to take the blade of Zabuza Momochi. Suigetsu defeats the men and enters Tenzen's room, asking for Zabuza's sword. Tenzen's bodyguard attacks Suigetsu with the sword in question. As the guard takes a swing at Suigetsu he misses, as Suigetsu simply uses the Hydrification Technique to reform, and in moments the bodyguard is defeated. Sasuke enters the room and Tenzen tries to blame Sasuke for Zabuza's death. Suigetsu explains that he doesn't care; he then takes the sword and leaves the place with Sasuke, but not before chopping the pillars in the room with the blade, forcing the castle to crumble. His fate is unknown, but it's likely he perished as the castle fell. 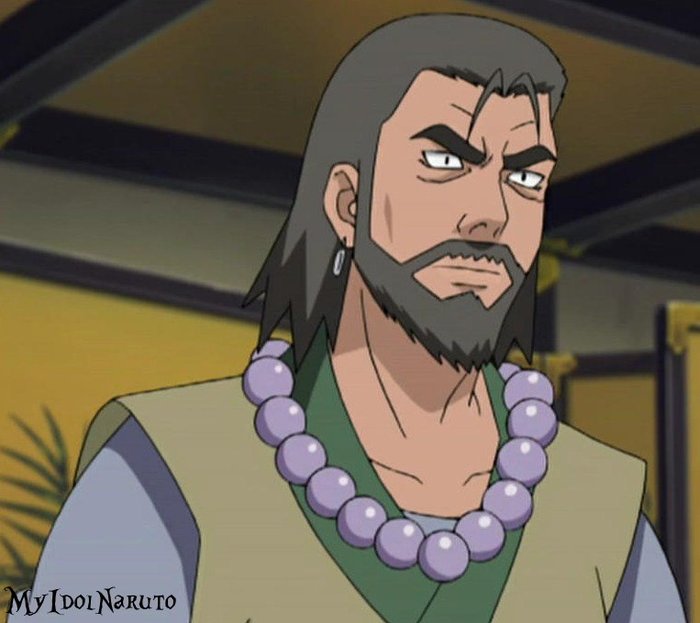