Akatsuchi (赤ツチ, Akatsuchi) is an Iwagakure shinobi.
Akatsuchi is very jovial and childish in nature and always seems to have a cheerful disposition. He was excited at the prospect of flying once again, even though there was the possibility that they were going off to a battle. He was even excited when he thought Deidara survived the battle against Sasuke, despite Deidara being a criminal and their enemy. During battles, he tends to act very level-headed and efficient as the Tsuchikage's bodyguard. He is also fiercely loyal to the Tsuchikage, as he refused to leave his side when he heard of Sasuke's fight, just in case Ōnoki's hip went out. Deidara commented on this during his fight against Ōnoki and Akatsuchi.
Akatsuchi is a large man with dark eyes and hair that spikes out at the back from underneath his forehead protector which he wears like a bandanna. He also has big cheeks and a plump nose. He wears the red Iwagakure uniform which has both its sleeves, underneath his flak jacket in addition to a yellow scarf that adorns his neck.
Akatsuchi has proven himself capable of moving at high speeds, despite his size as seen from him rushing to the Tsuchikage's side after reacting to A's aggressive act at the Kage Summit. He has also shown some amount of strength as well as stamina, being able to carry the Tsuchikage and his luggage and his own for an extended period of time. He has also displayed proficiency in using Earth Release techniques. He can mould and expel a large rock golem from his mouth, which is capable of biting off a Zetsu clone's head, and pulling him from Akatsuchi's body. He can also create golems to protect him from his oppenent's attacks.
He was setting off with Kurotsuchi to escort the Third Tsuchikage to the Five Kage meeting, called for by the Fourth Raikage. When Ōnoki hurt his hips when trying to carry his bag by himself, Akatsuchi carried him along the way.
When the Raikage destroyed his table during the meeting, Akatsuchi and Kurotsuchi moved to protect the Tsuchikage after the Raikage's physical outburst, but was soon dismissed by Ōnoki. When White Zetsu appears during the summit, Akatsuchi and Kurotsuchi guard the Tsuchikage. Later, when Sasuke infiltrates the meeting room, Akatsuchi and the Tsuchikage decided not to engage him, moving out of the way to let the Fifth Mizukage, deal with him. Later, he is ensnared in Zetsu's Spore Technique. Seeing Sasuke escape Mei, Ōnoki suggests to two of them join the fight. Akatsuchi agrees, and uses the Earth Release: Golem Technique, creating a large, earthen golem which proceeds to bite and rip the Zetsu clone from Akatsuchi's body.
After Madara told the story of the Ten-Tails and the Sage of the Six Paths, then declared the Fourth Shinobi World War, Akatsuchi returned to Iwagakure with the Tsuchikage and Kurotsuchi, where they were informed that the Earth Daimyō has approved of the Allied Shinobi Forces. He later assumes that the daimyō made a quick decision due to being informed of Madara and the loss of Tailed Beasts. When Ōnoki states that the war will result in a failure due to the ignorance of the youth, Akatsuchi recounts the strong words Gaara had directed towards him.
When news got out that Kisame Hoshigaki managed to reveal the location where Naruto Uzumaki and Killer B were hiding, Ōnoki took Akatsuchi and Kurotsuchi with him with his flight technique to improve the defences, while Akatsuchi acted somewhat like a cheerful child when he was allowed to fly. On their way, they encountered Kabuto Yakushi and the revived Deidara. Akatsuchi as well as Kurotsuchi expressed joy thinking that he had in fact survived his fight against Sasuke Uchiha, indicating the three might be very familiar with each other, before being reminded by the Tsuchikage that the Deidara in front of them was no more than a reincarnation.
When the Tsuchikage attempted to use a Dust Release technique, Akatsuchi stopped him, in fear for the Island Turtle's safety. Using this opportunity Deidara sends a clay bird flying their way and detonates it. Akatsuchi however uses his golem to defend against the attack — saving them. As Ōnoki and Deidara took the battle higher in the sky, they were flying so fast that Akatsuchi had trouble keeping up.
While the rest of the Alliances' forces moved out, Akatsuchi remains behind by the Tsuchikage's side. After Ōnoki's departure to meet Gaara on the battlefield, the whereabouts of Akatsuchi are unknown. 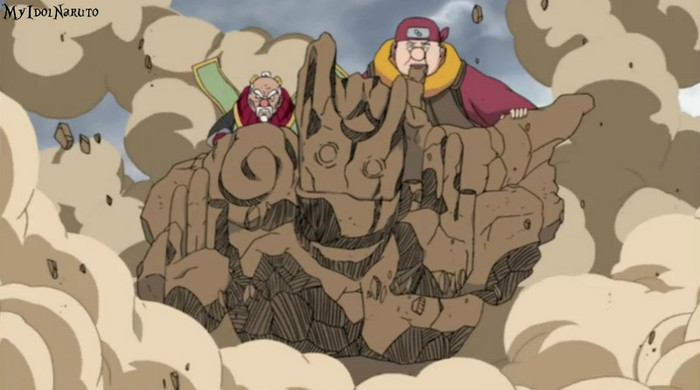 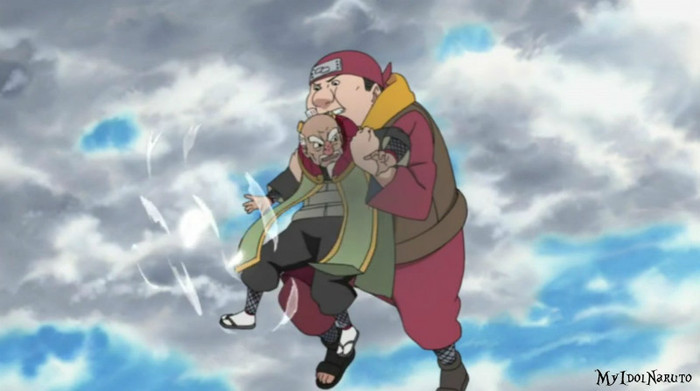 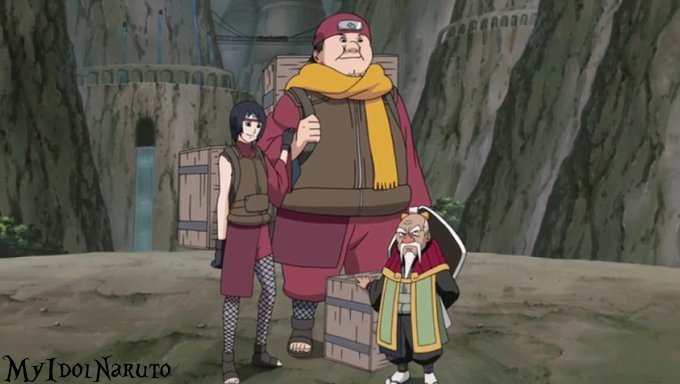