Zaku Abumi (ザク・アブミ, Zaku Abumi) was a genin-level ninja from Otogakure. He took part in the Chūnin Exams under orders from Orochimaru to kill Sasuke Uchiha.
Unlike his team-mates, Zaku's background is briefly shown. The anime shows that he was an orphan that lived on the streets and stole for a living, and was almost always beaten for it. When Orochimaru found him, he told Zaku that he saw a potential in him and offered to help him develop it in exchange for his loyalty, which Zaku accepted. From that day forward he refused to give up, even at the cost of his own life, not knowing that Orochimaru only took him in as a disposable pawn.
Like his team-mates, Zaku is overconfident about his powers, especially the ones coming from his arms, as noted by Sasuke Uchiha and the fact he went into elaborate detail about his abilities. As such, he believed no one could beat him, and had a strong desire to win; however, he manages to be unaware of the enemies' plan until it is too late, as seen with his last opponent Shino Aburame. Zaku also has a tendency to say whatever he wants without regarding the consequences, as he calls Chōji Akimichi fat, and then had a difficult time blocking the enraged genin, and then tells Sasuke that he is the one who injured Sakura, leading to the crippling of his arms.
Zaku had spiky, dark hair and dark eyes. He wore a beige shirt with two black stripes and three prints of the kanji for death (死, shi) down the front. His forehead protector had a face guard, resembling Yamato's, albeit more worn and under the cloth rather than connected to the metal plate. As with his team-mates Dosu and Kin, he wore a snake patterned scarf around his neck.
Like many Sound ninja, he had been physically altered with unnatural enhancements that improved his abilities; in his case, he was fitted with hollow air tubes that extended through his arms and opened through his hands, allowing him to propel a combination of air pressure and sound in various ratios, controlled by his chakra. In his fight against Shino, Zaku claimed to be able to control the sound more precisely than simply firing it in one direction, but this was never shown. A proven downside of Zaku's ability was, that should the air tubes be clogged, it would result in a terrible backfire, as the air cannot escape out, instead they would burst out of the side of his arms, causing great backlash damage, to the point of having his arms being destroyed inside out.
Zaku and the rest of Team Dosu attacked Sakura during the second phase of the Chūnin Exams in their attempt to kill Sasuke. When Rock Lee arrived to help her, and used Front Lotus on Dosu, Zaku emitted sound air into the ground to soften his landing. Team 10 soon came to help as well, and took control of Kin's body, prompting Zaku to attack her to get her out of the way. Sasuke woke up during the attack, and noticed that someone had harmed Sakura. Zaku took credit for this, prompting Sasuke to dislocate his arm as punishment. Team Dosu promptly fled.
In the third stage preliminaries, he was matched against Shino Aburame. Because Zaku's arm was in a sling from his encounter with Sasuke, Shino advised him to forfeit the match. Zaku refused, and instead attacked Shino with his one good arm. In attacking, Shino was given an opportunity to box in Zaku with bugs, forcing Zaku to choose between attacking him or attacking the bugs, leaving the other to attack Zaku from behind. Zaku chose to attack both, and pulled his other arm out of its sling. As Zaku prepared to blast the two opposing forces, his arms detonated, making them unusable and putting him in serious pain (in the manga, his right hand was even blown off of his body. In the anime, his arms were still severely damaged but still attached to his torso). As Zaku writhed, Shino revealed that the tubes in Zaku's arms had been filled with his bugs, causing the pressure of Zaku's attack to go inward when it couldn't escape.
Zaku, along with Kin, was used by Orochimaru as sacrifices to summon the First and Second Hokage's souls with Impure World Reincarnation. 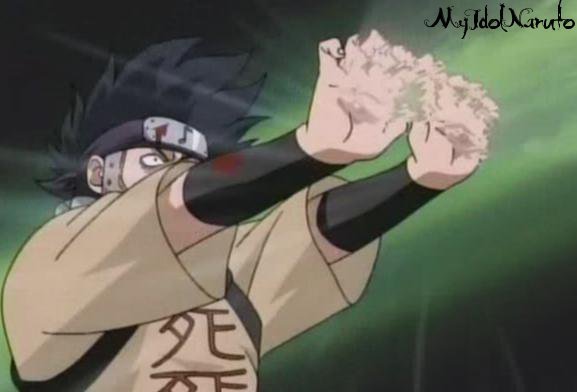 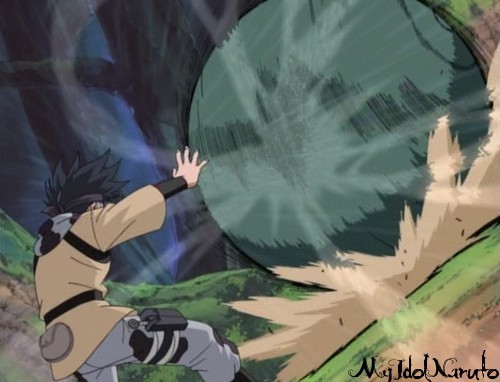 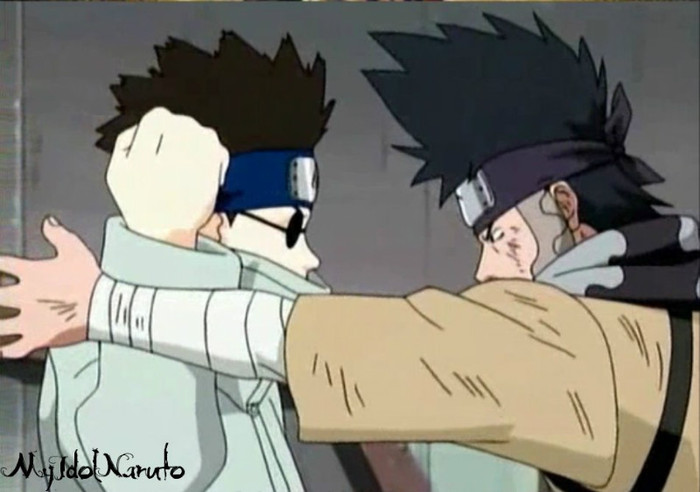 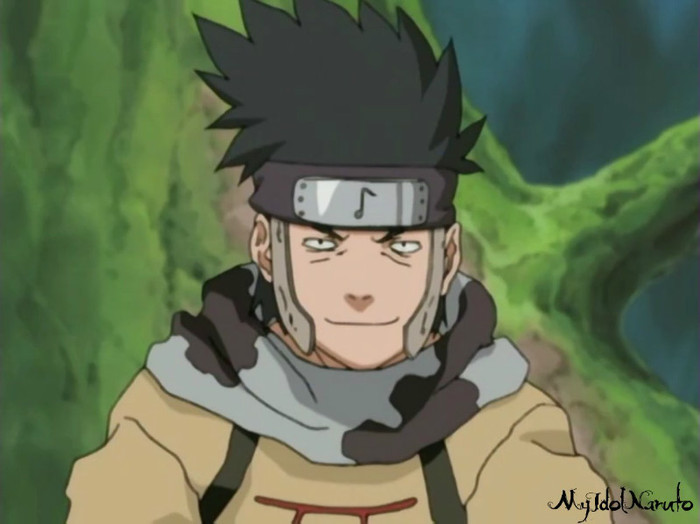 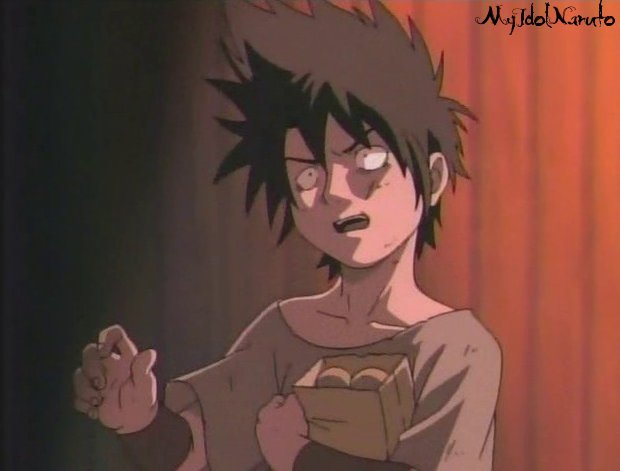