He is dressed in a white coat and black trousers with bandages tied around his right leg and black sandals. He has brown hair that sticks out his right side in a long bang. His mask varies between the manga and the anime. In the manga his mask has a triangular shape pointing down from the top and a short line running up from the right eye hole. In the anime these marking are replaced by four red lines on either side running in toward the centre of the face. Both masks however retain the bird like motif.
He made use of wind release techniques to sever the giant multi-headed dog's legs to allow the others to trap it.
During Pain's invasion this ANBU captain worked in a three man team with two other captains in order to battle Pain's giant multi-headed dog summon. This battle is expanded on in the anime as they use their "Formation B" in order to halt the beast's advance and allow Shizune's group time to escape. 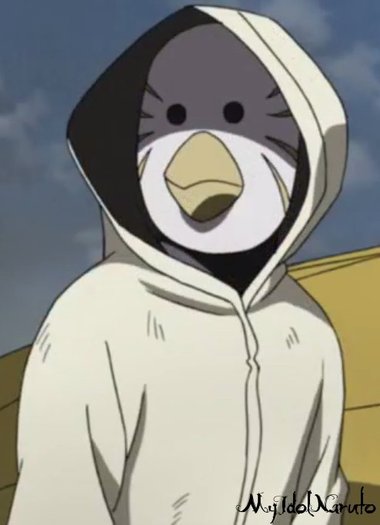 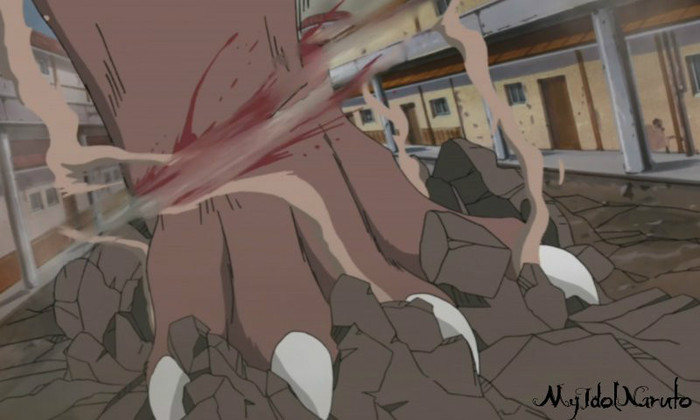