Baji (バジ, Baji) was a leader of a group of bandits.
Baji seems to care only for himself, as he said that as long as he has the hostage, he can get away safely. Even if his men die, he stated that he could form a new gang, suggesting that he does not care for others at all, even for combat value. However, Baji is willing to commit suicide if the alternative is to be arrested.
He has great confidence in himself, and because of that, he often believes everything is going according to plan, even when it's actually not. He is often seen smirking and generally have a very arrogant demeanour. This is also what led to him underestimating the abilities Team 7 and Team 10.
Baji is noted to be very intelligent and an excellent tactician. His skill was apparently high enough to have all of his men following his orders without asking questions. He has a technique which allowed him to mute his opponents, disrupting their communication, making it even harder for them to convey strategies to one another. He can cancel the technique any time he wants to.
He kidnapped the Headman's granddaughter and held her hostage. After Team 7 and Team 10 had infiltrated his fortress, he asked to make a hostage exchange between Tōfu and Shikamaru Nara. With the help of Chōji Akimichi and Ino Yamanaka, Shikamaru managed to gain the upper hand over him. Knowing there was no escape, he threatened to kill himself using explosive tags wrapped all over his body, but was stopped by Shikamaru's Shadow Imitation Technique. 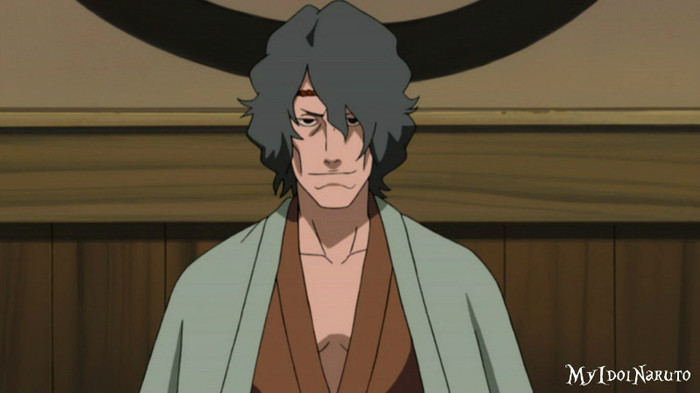