Condor (コンドル, Kondoru), known as Mr. Ostrich (ダチョウ様, Dachō-sama), was a runaway pet that Team 7 was tasked with retrieving but later became a member of the Four Ninja Animal Warriors.
Some time after he returned home, he escaped again and trained himself in becoming a ninja ostrich and learning to speak. Since then, he considered Naruto Uzumaki his rival who prevented his freedom.
He appears to be knowledgeable as he knows of Sasuke's defection from Konoha, Naruto's two year training, and knowing who Tsunade and Jiraiya are. He has a habit of pecking people on their heads (mostly Naruto and Sasuke Uchiha) constantly.
He is an average sized ostrich. He wears three pink bows on his neck.
This pecking habit was a great help during the fight against the Kanabun gang. Some time after this he developed several powerful taijutsu moves taking advantage of his naturally strong leg muscles. For example, he can do a powerful aerial kick that has the potential to slam the opponent to the ground or a powerful kick to the stomach in either in the air or on the ground similar to Rock Lee's taijutsu. While up in the air he can also create a shock wave by slamming his feet into the ground. His taijutsu skills make him capable of fighting chūnin-level shinobi. He has also demonstrated great chakra control, demonstrating the ability to walk on water.
Sometime after Sasuke's defect, Condor had escaped once again and had trained himself to learn techniques and to speak. Kotetsu Hagane, Naruto, Shino Aburame, and Rock Lee were assigned to capture him. Condor, along with a few other animals were trying to keep themselves free of domestication. He was defeated with the teamwork of Kotetsu and Izumo Kamizuki.
Later, he was seen telling his children his story about him and Naruto as rivals until Naruto came to catch him again after the invasion of Pain.
It is revealed that Condor had actually stowed away on the ship heading towards the Land of Lightning. He is however found by Naruto when the latter is having difficulties communicating with King and the other animals. Naruto asks if he escaped again and Condor says he stowed away on his ship towards the island. Naruto tells him that the animals on the island, including Condor, must be part of an animal unit to assist in the Fourth Shinobi World War (a lie made up by the Konoha-nin to keep Naruto distracted). Naruto promises him he'll be free if he serves as an animal translator which Condor accepts. While King, Don, Chūji and Hippo Boss chase Naruto over Armadiko, who liked the latter, Condor uses that opportunity to escape the island. 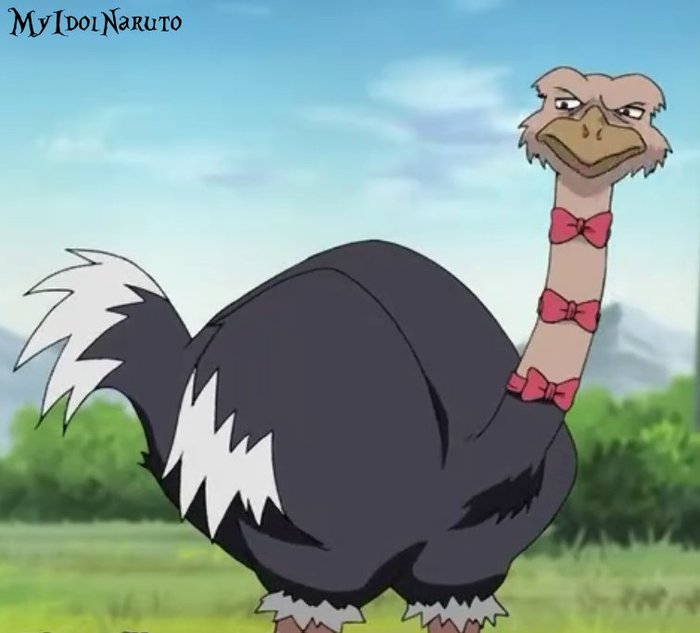