Amachi (アマチ, Amachi) is a medical-nin and scientist who was an accomplice of Orochimaru.
He and Orochimaru terrorized the people of the Land of the Sea, and kidnapped the citizens for their deadly experiments (including Isaribi) which included making the ultimate underwater ninja for Orochimaru. He ordered Isaribi to attack ships, promising to return her to her normal form, but truly intending to dissect her once she was no longer of use. He also seemed to know Anko Mitarashi as well, since she was with Orochimaru at the time.
Being a medical-nin, Amachi uses a scalpel as a tool. Due to experiments on himself, he can transform into a fish-man hybrid. While in this hybrid form, he can use water nature techniques such as spitting a strong stream of water from his mouth. He can also summon a sentient mass of water that takes a powerful fire nature technique to defeat.
Much later, Yoroi Akadō and Misumi Tsurugi joined him as bodyguards and assistants. He planned to steal gold from an arriving ship, and manipulated Isaribi into attacking it. It was also revealed that he planned on using his experiments to take revenge on Orochimaru, who canceled the underwater ninja project due to lost of interest.
In the final confrontation with Anko, Naruto Uzumaki, Ino Yamanaka, and Shino Aburame, he also summoned the indestructible Umibōzu, and later transformed into a complete Kaima Form. He was defeated by Naruto when he used the Nine-Tailed Demon Fox's chakra and was captured by Anko's team. Upon capture, he mentioned that he didn't know a way to cure Isaribi, and had planned to dissect her when she was no longer useful. Naruto grew infuriated and tried to strike him, but Anko held him back, only to slug Amachi herself. 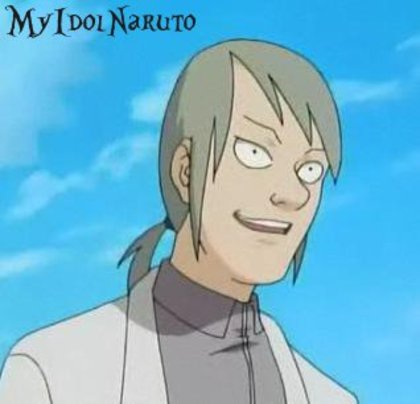 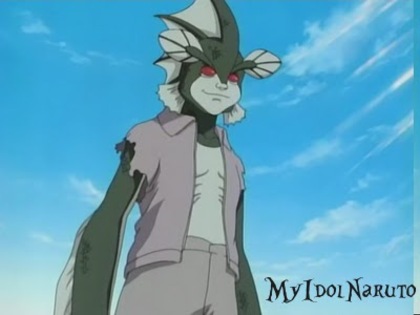