Yoroi Akadō (赤胴ヨロイ, Akadō Yoroi) was a Konohagakure shinobi and member of Kabuto's Genin Team who later defected and joined Orochimaru and Otogakure.
Yoroi was a brash and strong willed ninja who usually felt confident about fighting his opponents and would toy with his opponent frequently. Often times however his toying with opponents led to him losing his struggles rather than emerging with victory. He was also described as being greatly self-confident and unsociable.
Yoroi appearance was greatly concealed by the mask he wore around his mouth that hung to around his neck, sunglasses that obscured his eyes and forehead protector which he wore like a bandanna. He also wore what appears to be the standard attire of his team consisting of a high-collared, sleeveless, navy-blue shirt with a short-sleeved, white one underneath, a simple obi around his waist, pants, sandals and fingerless gloves. After defecting from Konohagakure, he wore a simple shirt with the sleeves rolled up, pants and sandals. It was also revealed that he had shoulder-length black hair.
Yoroi most notable ability was his capacity to absorb the physical and spiritual energy of an opponent with simple physical contact. Yoroi was very proficient with this technique, being able to drain Sasuke's chakra even just by slightly rubbing his hair. This extra chakra can be used to perform techniques that drain a lot of Yoroi's chakra.
In the anime, he shows a greater assortment of techniques such as the Demonic Illusion: Descending Hell Technique, which creates a ball of fire in the sky. He shows proficiency in water based techniques, using both Water Clone Technique and Water Release: Great Waterfall Flow against Shino. He also demonstrates a technique in which he strikes the ground with his fist and creates a shockwave that paralyses Shino (actually an Insect Clone).
Yoroi and the rest of his team enter the Chūnin Exams to spy on their fellow participants for Orochimaru. During the preliminaries he is matched against Sasuke. Yoroi absorbs his chakra, making it very difficult for Sasuke to keep his cursed seal under control. Despite this, Sasuke defeated Yoroi with taijutsu, finishing him off with his newly devised Lion Combo.
Though Misumi and Yoroi are not seen again in the manga, they appear in the anime. They are research assistants and bodyguards to Orochimaru's former scientist, Amachi. He, like Misumi, has taken off the cloth covering his lower face and he wears a completely different wardrobe. During the events of this arc he fights Shino Aburame twice. He is ultimately defeated and sinks beneath the water after a final attack by Shino's bugs after which his status remains unknown. 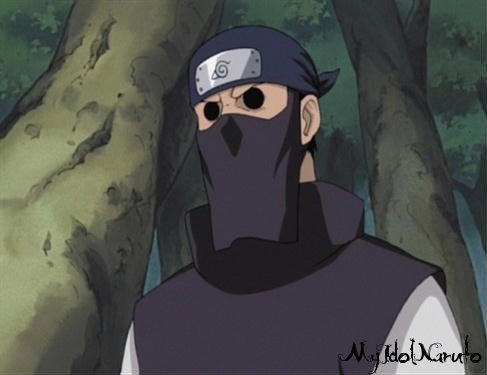 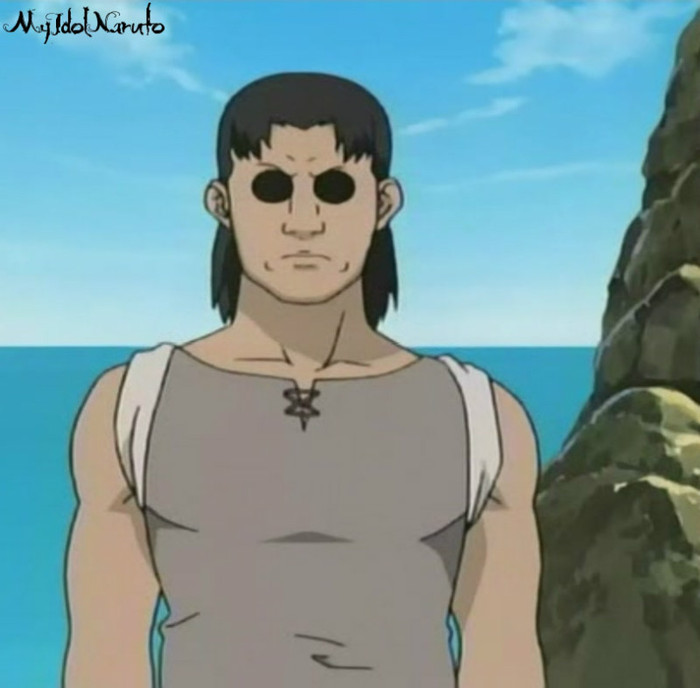