Bisuke (ビスケ, Bisuke; English TV "Biscuit") is a ninken and a personal summon of Kakashi Hatake.
He has tan-coloured fur with brown highlights on his long ears and legs. He bears an uncanny resemblance to Gaara with a kanji imprinted on his head and dark rings around his eyes. However, where Gaara has the kanji for "love" (愛, ai), Bisuke has the kanji for "shinobi" (忍). He wears the standard outfit of Kakashi's ninken which consists of a blue vest with the heno-heno-moheji seal and a Konoha forehead protector around his neck.
Bisuke possesses heightened senses with which he can use to track his target with ease. He has also demonstrated the ability to track his target underground through the use of the Summoning: Earth Release: Tracking Fang Technique as well as hold a target down, allowing Kakashi to attack them freely. He also has has exceptional teamwork with the rest of his pack, able to develop and effectively use several offensive and defensive formations in battle which make use of the manoeuvrability and powerful limbs.
Kakashi called on Bisuke and the ninken pack to track and capture Zabuza Momochi. They managed to bite onto the missing-nin and pin him in place. This allowed Kakashi to use Lightning Cutter without fear of a counter attack.
A short time later, Bisuke and his fellow ninken would be called upon by Kakashi to track down Naruto Uzumaki and his team who had gone off in pursuit of Sasuke Uchiha.
He along with the other ninken were summoned by Kakashi to investigate the Takumi Village.
Bisuke and the ninken pack were called upon to track down the Akatsuki member Sasori using a small piece of his clothing.
Later in the anime, he is summoned by himself (since Pakkun was busy) to find Naruto, who had gone after Yūkimaru.
During the hunt for Itachi Uchiha, Bisuke and Shiba are partnered with Sakura Haruno.
In the anime, Bisuke was seen along with Urushi, Shiba, Akino and Ūhei being deployed by Kakashi each carrying scrolls with intel for the other hidden villages. 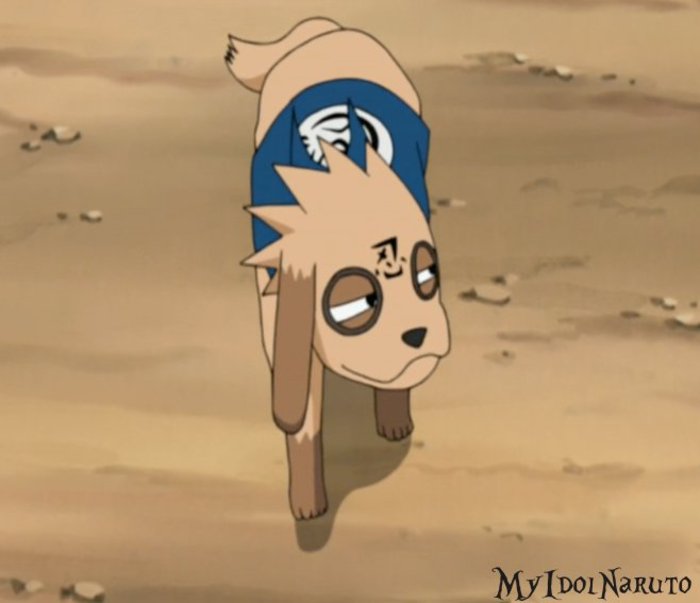