Chūshin (チュウシン, Chūshin) is a member of the Magaki Group, aiming to steal the Tsuchigumo clan's kinjutsu.
Chūshin has a thin, gaunt face and body, a receded hairline preceding dark, unkempt, near-shoulder-length hair, and a distinctive cleft in his chin. He has a large shuriken on his back.
Chūshin is a very talkative man, in sharp contrast to his team-mate, Nangō. He is also fairly sadistic, cowardly, and underhanded when stomping Naruto's head while the latter was trapped in a fūinjutsu. In addition, he seems to get into minor arguments with his fellow team-mate, Benten quite frequently.
Akaboshi, Chūshin, Nangō, and Benten make for Mount Katsuragi in search of the Tsuchigumo clan's kinjutsu. They manage to destroy the barrier around the mountain and make their way up. While climbing, Chūshin is almost pushed off the cliff, but he managed to recover and continue. They could not find the technique anywhere and ran into Tonbee, whom the group defeated quickly. They discover that Hotaru has the technique and they begin searching for her.
Later, Chūshin and his comrades are seen receiving new orders from a mysterious man. After meeting with their leader, the four-man team encountered Utakata, who single-handedly bested the group until they caught him in their barrier technique.
After this, the group headed to the Tsuchigumo Village, where they ambushed Hotaru with the help of the villagers in the hopes of getting the kinjutsu. Nangō uses his mud body to restrain Hotaru and takes a scroll from her backpack, which he then hands to Akaboshi. The scroll turns out to be a rigged trap, which explodes, allowing Hotaru to escape. Nangō and his team then pursue Hotaru, and, just after catching her, are interrupted by Utakata, who claims to have business of his own with Hotaru.
After Utakata escaped with Hotaru, Nangō and the rest of his squad were confronted by their leader, who showed them that Utakata was a missing-nin from Kirigakure with a bounty of 50 million ryō. Akaboshi asked their leader what they should do, to which he began to muse about.
Later, when Naruto Uzumaki sought Shiranami, believing him to be an ally, Chūshin and the other Magaki ambushed Naruto and used Infinite Embrace to drain his chakra. Chūshin stomped on Naruto's skull and mocked him for being concerned about their leader and explained how Infinite Embrace was utilised. Naruto's anger at being deceived caused his Nine-Tails chakra to be unleashed and he destroyed the house they were in. The Magaki then used Multiple Infinite Embraces on Naruto but he was still able to overcome it. Chūshin was ready to get the fight over with, but Utakata appeared and used his Acid Permeation, which caused the group to leap off the cliff to safety. Utakata angrily demanded that they tell him were Hotaru was, displaying his Six-Tails chakra to intimidate them. Akaboshi, who decided that to meet with Shiranami, retreat.
A while later, Chūshin, along with his teamates and Shiranami, confronted Naruto and Utakata by controlling the villagers of the Tsuchigumo. Before they could close in, the rest of Team Yamato arived and disabled the controlled villagers. Akaboshi destroyed Yamato's Wood Release with his own Lighting Release and freed the villagers. The Magaki charged in to attack, with Chūshin giving out a maniacal laugh. He threw his shuriken at Team Yamato, but Yamato thwarted it. When Yamato trapped the villagers again, Chūshin once more used his shuriken to destroy the barrier, while saying it wouldn't be fun without an audience. Both teams witnessed the explosion caused by the kinjutsu after Shiranami forced Hotaru to gather natural energy. Yamato used the Wood Release, but Chūshin easily dodged it and jumped into the village mob, threatening to kill them. The Magaki surround Team Yamato and seemingly finished them off with a technique, but it turned out to be just wood and ink clones. Sakura and Yamato defeated Benten and Nangō, which left Chūshin and Akaboshi as the only two left. Chūshin was later seen lying defeated with Akaboshi. 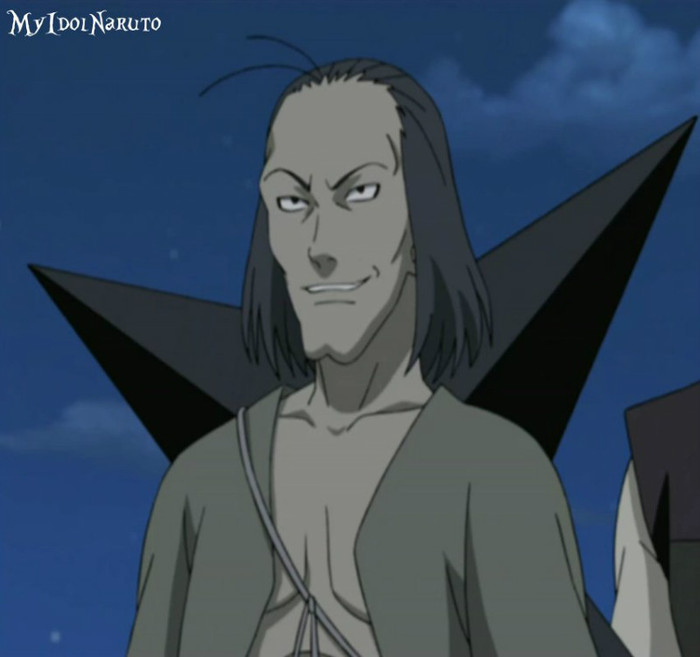 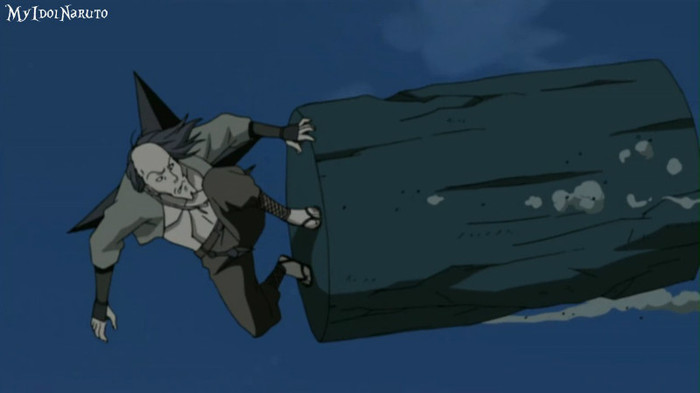