This man was a ninja Jiraiya met during his journey to find his disciple. In the anime, the Asura Path was shown to be a wandering puppeteer with insight to the world. His body was used by Nagato years later as the Asura Path.
The man was tall, bald with an unusual body shape, possessing a very thick neck, no ears and a large jaw. He also had part of his face obscured by a rice hat in the anime, possibly hiding a headband that had not been shown in the manga, as Jiraiya quickly discovered that he was a ninja. The Asura Path's unnamed puppet was made to look like a baby, and was capable of emitting infantile cries.
Nagato, using his Rinnegan and his inserted Chakra Receivers, incorporates the puppeteer's body into the Six Paths of Pain. His body was turned into a mechanical-like body, possessing many blades and drills and able to shoot missiles, create a massive shockwave from its head, and propel itself from its boots. 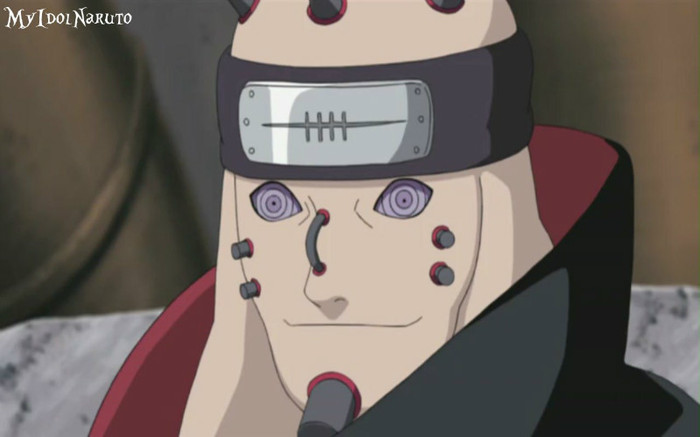 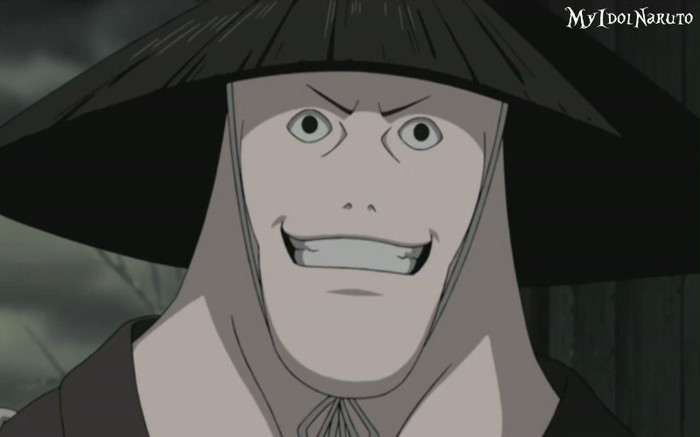