Baki (バキ, Baki) is a jōnin-level shinobi of Sunagakure and a member of its advisory council.
Baki is a loyal, kind and respected ninja, although, like many Sand ninjas, he is ruthless and stern in battle, as they are all trained to put accomplishing missions before comradeship. With his experience in battle, he holds a lot of confidence in his power. He also knows his priorities, as he went to Chiyo and Ebizō for dealing against Sasori, as opposed to having another meeting with the council.
During the Chūnin Exams, he had confidence in the ability of all of his team members, although he commented on Kankurō not taking the battles seriously enough. He also worried frequently about Gaara's mental stability and his control over Shukaku.
Baki is a very tall man. He has two distinctive, red markings on the right side of his face, the only visible part of his head, with the rest being covered by his turban-like head gear and by a sheet hanging from it on the left side of his face. He dons the standard attire of a Suna-nin, complete with a forehead protector and flak jacket.
Baki is a powerful jōnin of his village, as well as one of its council highest-ranking members: he's often shown taking charge of military operations, as seen during Deidara's raid on the village at the start of Part II. In Part I, engaging high-ranking Konohagakure shinobi was of no concern for him; he was also able to recognise one of the village's high-class techniques at first sight.
He was also strong enough to stop Hayate from removing his sword that was lodged in the shoulder of his flak jacket with one hand.
Baki can use Wind Release, and seems to be very adept at it, seen as he can create an intangible Blade of Wind with a wave of his hand to slash through his opponents with ease; an attack which he claims to be "unblockable".
Baki was first seen watching the preliminary rounds of the third part of the Chūnin Exam. He didn't talk much except for giving advice to his students and to warn Gaara to be careful whilst killing. He also commented on Rock Lee's power and was worried that Gaara might not win his fight. Baki was seen again after Dosu died trying to kill Gaara before the third part of the Chūnin Exam began so that he could get a better chance of fighting Sasuke. Baki then met Kabuto Yakushi and they discussed the upcoming Suna and Oto's invasion of Konoha.
When they discovered an uninvited Konoha ninja, Hayate Gekkō, listening in the shadows, Baki offered to kill Hayate as a sign of trust between the Suna and Oto. Hayate tried to escape, but Baki caught up with him. Hayate began to fight but, when his Dance of the Crescent Moon was unable to faze Baki, he was struck down by Baki's Blade of Wind. Baki praised Hayate's skill before he died.
He was shown next during the final rounds, which led to the Konoha invasion of the Sand and Sound shinobi. When Gaara lost control, he told his team to take Gaara to safety, noting that his earlier transformation had slightly changed their plans. However, before he could follow them, he was challenged by Genma Shiranui, a battle that was interrupted when the invasion was abandoned.
He was later seen discovering the decomposed bodies of the Fourth Kazekage and his bodyguards, before realising that they had all been tricked by Orochimaru.
He gave the mission of pursuing the kidnappers of Matsuri to Kankurō, Temari and Gaara. Kankurō protested that the kidnappers' goal was Gaara and if the mission will be assigned to them, he must at least come with them. Baki remembered his conversation with an adviser about the possibility of letting Gaara go, so he did not join them and said he was assigned to a different mission.
Baki was seen serving on Suna's advisory council. During the fight between Gaara and Deidara he was quick to order the evacuation of the village, and ordered the remaining shinobi to prepare offensive measures to help their new Kazekage. Later, when Kankurō was injured by Sasori, Baki seemed to be concerned about Kankurō's condition.
When Kankurō managed to say the name of his attacker and one of the people who had kidnapped Gaara ("Sasori of the Red Sand"), Baki immediately tried to inform the squad that had been sent to pursue Akatsuki to retreat, only to find out that they had lost contact after retrieving Kankurō, and were most likely dead. He then decided to persuade the retired elders, Chiyo and Ebizō, who were also Sasori's grandmother and granduncle, respectively, to help, revealing Sasori's membership to do so.
Later, during Team Kakashi's attack against Akatsuki, Baki was shown in a meeting with other council members, some of whom were determined to choose Gaara's successor, rather than try to retrieve him. When Kankurō tried to attack the one who had suggested that, Baki told him to stop, as they were in front of the Kazekage's monuments.
Baki was seen, along with the rest of the villagers, sending off Gaara, Kankurō, and Temari to the Kage Summit. After Gaara, Kankurō, and Temari have returned to the village after the Five Kage Summit Conference was over, he is seen in a meeting with the Sand Siblings along with the other Sand Councillors about what happened at the Summit. 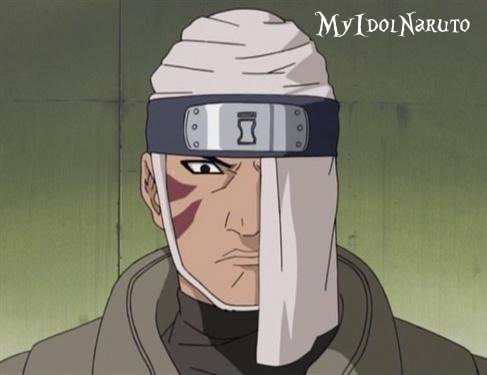 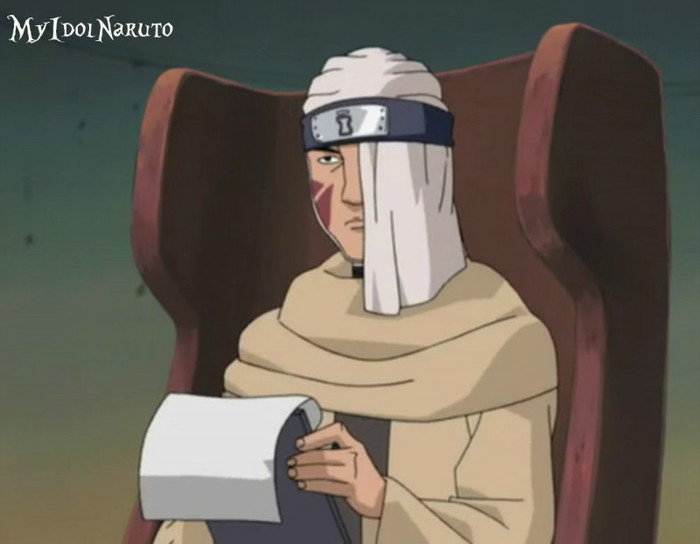 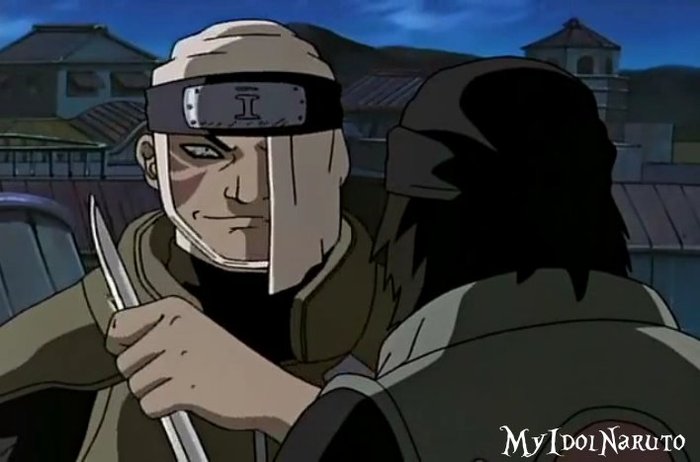