Aniki (兄貴, Aniki) is a comic relief character who appears in Naruto episode 101. He and his team-mates claim to be from Moyagakure, and for that they call themselves the Moya Triad.
While they do have some ninja skills, Aniki and his team prefer doing peculiar things to attract women. Aniki once tried to seduce a woman, who didn't like him, and Kakashi Hatake stepped in to save her. This angered Aniki and his team-mates, making them want to kill Kakashi for revenge.
He has curved sideburns and is slightly balding. This is all covered when he wears his uniform, with his face-mask covering his entire face except his eyes.
Though claiming to be a ninja, Aniki and his two comrades possesses virtually no ninja skills, proven when Aniki disguise himself as the inn's manager with a mask instead of the simple Transformation Technique. They also lack stealth skills, as Kakashi instantly figured out they were hiding in a barrel to tail him all along. Overall, Aniki is the smartest of the three, but that is not much to say.
Aniki himself seems to have some expertise in chemistry, as he managed to concoct several types of poison to use against Kakashi. However, they have hilarious effects, such as making the victim hiccup, laugh or cry unstoppably until they die from it. In terms of applying the poison, Aniki shows little aptitude to it. Though he managed to spike the food with the hiccup poison, Kakashi refused to eat it, knowing something amiss. Also, when he fired a blow dart with the laughing poison, Kakashi easily evaded it.
Aniki first appeared atop of a tree with his two comrades, plotting their revenge against Kakashi. They followed Team 7 during their mission for chores outside the village, and eventually into an inn. Aniki spiked Kakashi's food with a hiccup poison, but ended up crying when Kakashi flipped the table over without eating a bite. Next, while in the bathhouse, Aniki attempted to shoot Kakashi with a dart laced with a laughing poison, but Kakashi easily evaded it, hitting a frog instead. To make matters worse, Naruto had stolen their uniforms for his personal usage, the Moya Triad were lucky to have brought spares.
The next day, when Team 7 were working with their chores, the Moya Triad saw Naruto, Sakura and Sasuke wearing the stolen uniform, and believing that the three kids were also enemies of Kakashi, Aniki jumped out of the barrel he was hiding with a bottle of crying poison, only to see, in horror, that Kakashi easily defeated his three students. Sakura, in order to cover up her teammates' folly of trying to unmask their teacher, lied that they disguised themselves in order to lure the Moya Triad out, who actually believed the story. Kakashi then advanced to the stalkers, and, ignoring their pleas for mercy, beat them up, and tied them to a tree, dangling as a bundle, while earning the trio's chagrin for not remembering them. 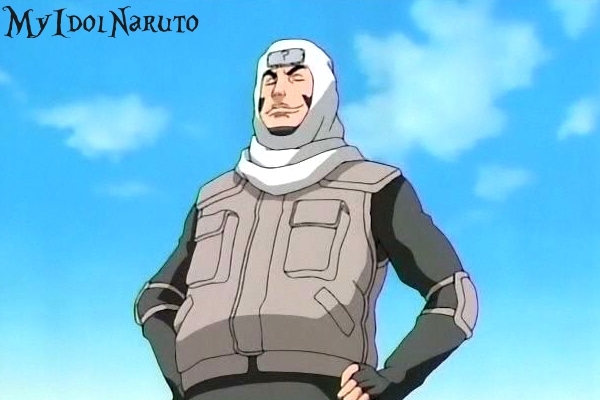