Chiriku (地陸, Chiriku) was a ninja monk from the Fire Temple. He was also one of the Twelve Guardian Ninja guards to the Land of Fire's daimyō. He had a bounty of 30,000,000 ryō in the underground black market.
He was once part of the Twelve Guardian Ninja, indicated by the sash on his waist, at which time he developed a strong friendship with Asuma Sarutobi. When six of the members tried a coup d'etat, he fought against them along with the other five members of their group. Chiriku, Asuma, and Kazuma were the only survivors of the fight.
When the group disbanded, he became head monk at the Fire Temple, an elite monastery that is home to monks with special abilities. During his time with the Twelve Guardian Ninja, some underground organisation put a 30 million ryō bounty on his head.
Chiriku was a seemingly calm and composed individual described as being unaffected — hardly letting anything phase him. Despite this, Chiriku was a righteous man that when angered, would display it greatly. He was also described as being a sincere individual.
Chiriku was a bald man with dark eyes, and very thick eyebrows. He wore the standard attire of the ninja monk along with the sash worn by members of the Twelve Guardia Ninja group and went barefoot.
As the head of the Fire Temple, Chiriku is well-versed in all of the Fire Temple's secret teachings. During his battle against Hidan and Kakuzu, he demonstrated tremendous taijutsu prowess from how skilfully he initially dodged and countered the two men's attacks. He has also demonstrated great skill in fūinjutsu as seen when he along with several other monks attempted to suppress Sora's demon chakra. He also placed a fairly powerful barrier around the Fire Temple to protect it from intruders.
The highest level of his skill is shown from his mastery of the Fire Temple's ultimate technique: Welcoming Approach: Thousand-Armed Murder, which he used to initially overpower both Hidan and Kakuzu simultaneously. Chiriku was also shown in the anime to be able to wield a spear with great dexterity and skill even including massive ones.
When it was discovered that the graves of his fallen allies were robbed, Chiriku contacted Konohagakure for help. It was also revealed that since the failed coup d'etat, Chiriku had been looking after and training Kazuma's only child, Sora. Ashamed of Kazuma's decision to join the coup d'etat, Chiriku chose to never tell Sora the truth. Despite how the rest of the Fire Temple felt and treated Sora, Chiriku was sympathetic to Sora's hardship and did what he could to keep his morale up, yet at the same time keep him in line.
After an attempt to retrieve the stolen corpses failed and it became clear that Sora's demonic side was becoming more uncontrollable, Chiriku decided to have Sora join Team Yamato return to Konoha under the guise of filling in for the injured Sai, where in truth it was for Sora to be better watched after.
After entering the Land of Fire, Hidan and Kakuzu of Akatsuki arrive at the Fire Temple believing that such a religious place would perhaps house the country's jinchūriki. They completely wiped out the monks and the temple and Kakuzu took Chiriku's body to a black market exchange point to get the bounty for his body. 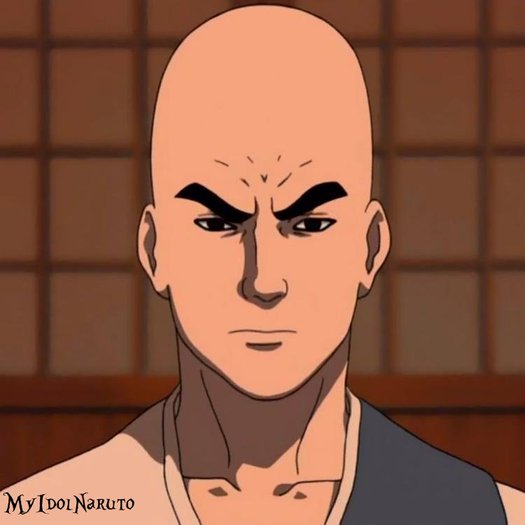