Chishima (チシマ, Chishima) is the assistant of the Chief Advisor to the Daimyō of the Land of Birds and a childhood friend of Sagi and Toki.
He has a very Naruto-like appetite. He shows very much concern for Sagi and appears to be in love with Toki. He is very kind and would do anything for Sagi as shown by him giving his own money to help pay for the mission, leaving him with no money for food.
He has short brown hair, black eyes, and wears circular glasses. He is often seen in a purple or white yukata.
He is devoted to the siblings, and was willing to ask Konohagakure for help dealing with the Cursed Warrior, despite Toki's (as Sagi) refusal for help. He uncovered Hōki's deception, and, while he was nearly killed in the process, reported his findings to Toki and Naruto. He was almost killed by one of Hōki's attacks, but survived. 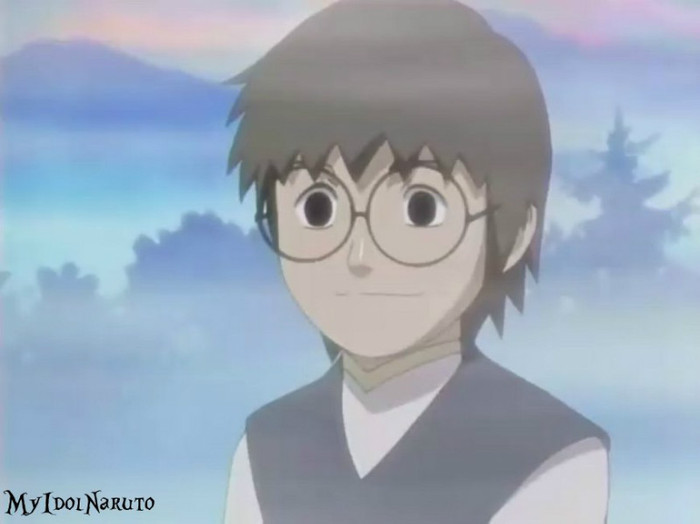