Chiyo (チヨ, Chiyo) was a retired counsellor of Sunagakure and a famed puppeteer and leader of Sunagakure's Puppet Brigade.
Chiyo, often called "Honoured Grandmother Chiyo" (チヨバア様, Chiyo-baasama) by the Sunagakure villagers, was the village's poison and puppet expert. She and her brother Ebizō were highly revered in Sunagakure and were known as the "Honoured Siblings" (御姉弟, Gokyōdai). Chiyo was very knowledgeable when it came to handling poisons and used her skills often during the Second Shinobi World War, only to be countered numerous times by Tsunade's medical expertise. This caused Chiyo to hold a grudge against Tsunade, who she came to call "that slug-girl" (あのナメクジ娘, Ano Namekuji-musume), or the "Slug Princess" in the English translations. During the war, she also fought Hanzō and his salamander numerous times, learning how frequently it can use its venom and eventually developing an antidote against it.
Chiyo was responsible for sealing the One-Tailed Shukaku inside of Gaara under the orders of the Fourth Kazekage, though she admits that she discussed it at length with him before performing the technique, but to no avail. After this, Chiyo and her brother removed themselves from the affairs of Sunagakure and spent their time fishing together, where Chiyo would play jokes on her brother by pretending she had died just to scare him.
Chiyo also expressed a desire to kill Sakumo Hatake to avenge the killing of her son and daughter-in-law, which left her grandson Sasori orphaned. After that Chiyo tried to help Sasori ease the pain by caring for him and teaching him the Puppet Technique. Chiyo would later watch Sasori create his first puppets that would resemble his own parents. This was meant to fill the void of his parents dying, however, when Sasori left Sunagakure he abandoned the puppets, showing that he gave up on them.
As a veteran, Chiyo and her brother Ebizō possess great wisdom, such that Baki requested their assistance in the village's greatest danger. However, they had little motivation to serve Sunagakure any longer, as they retired and felt that the next generation should look out for themselves. The siblings were rather disappointed when the village was showing to be so reliant on others. Chiyo could be very mischievous she would play dead to to fool her brother, or act like a senile old woman. Chiyo would often also jump to conclusions as seen when she attacked Kakashi Hatake because he looked like his father Sakumo.
Unlike the rest of the ninja in Sunagakure, who believed that completing missions is more important than comrades' lives, which led them to suppress and eradicate sentiments, Chiyo is rather emotional and moral. She showed great love for her grandson, Sasori, no matter how much he had fallen, and was fully willing to grant life to the puppets that he created, at the cost of her own; this was said to be her dream. In fact, it was only Sasori's involvement in Akatsuki that she was willing to grant Baki's request for assistance. This love also led her to bear a grudge against Sakumo Hatake for killing Sasori's parents, and as such, she initially tried to kill his son Kakashi, mistaking him for his father. Chiyo showed care and respect for Sakura Haruno, despite the latter being a disciple of Chiyo's rival. She also showed regret and remorse for sealing the One-Tailed Shukaku into Gaara, and gave her life to revive the latter as a way of repentance.
Despite her age, Chiyo was still a very powerful ninja, and was well respected throughout Sunagakure. Even her rival, Tsunade, has great respect for her. With Sakura Haruno's assistance, she was also able to defeat Sasori.
Chiyo was a renowned master at the Puppet Technique, famous for her abilities in both creating and controlling them, to the point of being an invaluable icon for Sunagakure. She passed such skills on to her grandson, Sasori, claiming that the technique was traditional in their family. She modified two normal unarmed puppets to have intense battle capabilities, to the point where they were capable of standing up against the Third Kazekage (known as the strongest in the history of Sunagakure) who was converted into a Human Puppet by Sasori. These puppets were equipped with wire strings that extend from both of the puppets hands. When connected they have the ability to cut through most things, including Sasori's, Thousand Hands Manipulation Force. She also could use the Puppet Performance: Skilful Achievement with a Human Body technique, which allowed her to effectively control a human if she had no puppets left in her arsenal. She had great skill with chakra threads, as she could place them onto other puppets without her opponent noticing and suppressing them to the point that they became invisible, as well as using them to control and fire weapons. 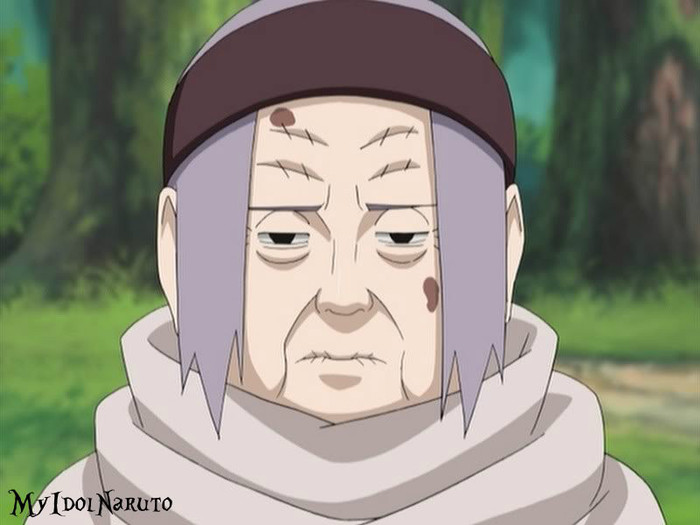 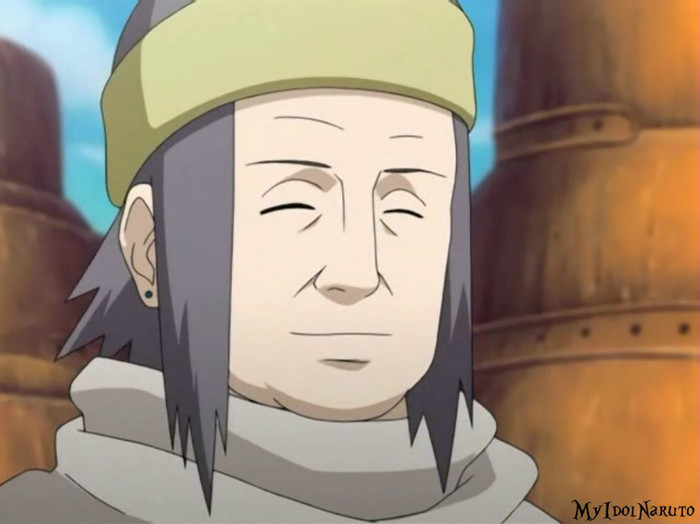