Like all other ANBU captains, he is dressed in a white coat and black trousers with bandages tied around his right leg and black sandals. He also has spiky black hair and his mask has a cat motif with three red whisker-like markings.
Though it is unknown if he was the same person in all his appearances, he has shown a wide variety of abilities inclusive of the manipulation of fire and lightning elements. For example, he can cause four rock pillars to spring from the ground and shoot lightning at the enemy to pin them down. After a large amount of mud is put on pillars by his partner, he can use a more powerful version to trap the opponent in the form of a oven like structure. From there the opponent can be cooked by firing the oven also hardening the mud and trapping the opponent further if he survives. He is also adapt at genjutsu being able to cast an illusion that causes the target to recall memories they would otherwise not remember. Encase he is on the verge of death or capture he can use a technique to completely destroy his body with no traces of it left behind whatsoever.
The ANBU captain and seven other ANBU members were stationed in the Chūnin Exam arena during the final rounds of the Chūnin Exams. When Orochimaru launched the invasion of Konoha, the ANBU captain and his team rushed to help the Third Hokage. However, before they could reach him, the Sound Four put up a barrier that kept them from helping. He and his men were forced to watch the battle between the Third Hokage and Orochimaru. In the end, the Third Hokage died due to using the Dead Demon Consuming Seal and Orochimaru stabbing him with the Sword of Kusanagi: Longsword of the Sky. When Orochimaru retreated, the ANBU captain and his men tried to prevent them from escaping, but Kidōmaru prevented them from following with his webs. At the Third Hokage's funeral, the captain cursed his inability to help the Hokage, saying "In the end, all we could do was watch".In the anime, a similar-looking ANBU captain and his team interrogated Naruto about Gennō by using the Time Reversal Technique.
In the anime, a similar-looking ANBU captain was badly wounded by Kabuto on a mission trying to find the location of one of Orochimaru's hideouts. He sent a messenger bird back to Konoha with information about his mission before destroying his body.
Another identically dressed ANBU captain stayed by Tsunade's side during the beginning of the arc, and later accompanied Ino when she went to aid her father and Ibiki Morino. This ANBU captain defeated one of Pain's summons using Lightning Release: Four Pillar Bind with the aid of two other unnamed ANBU. 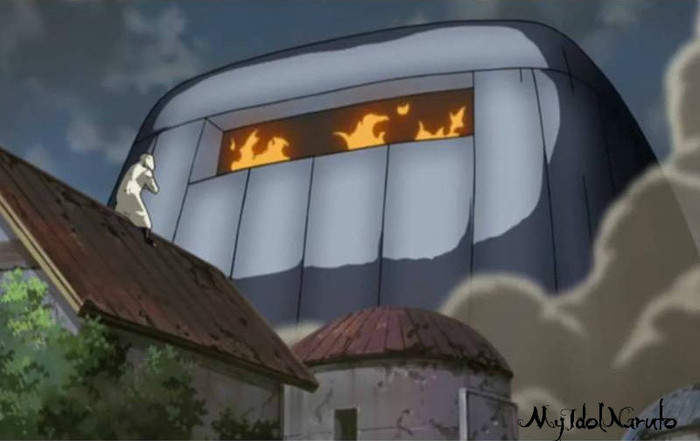 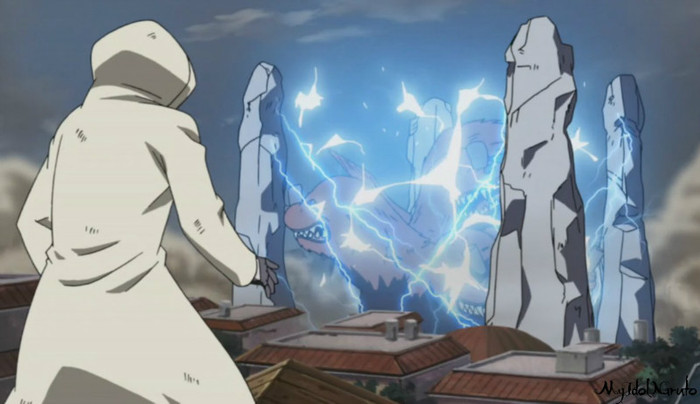 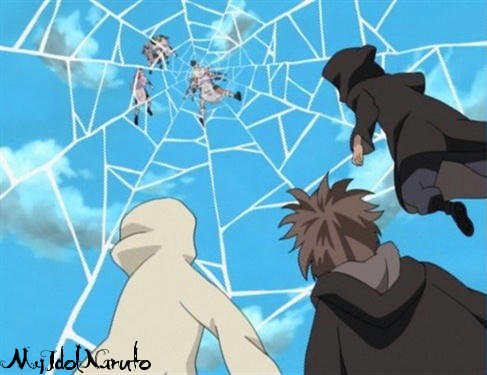 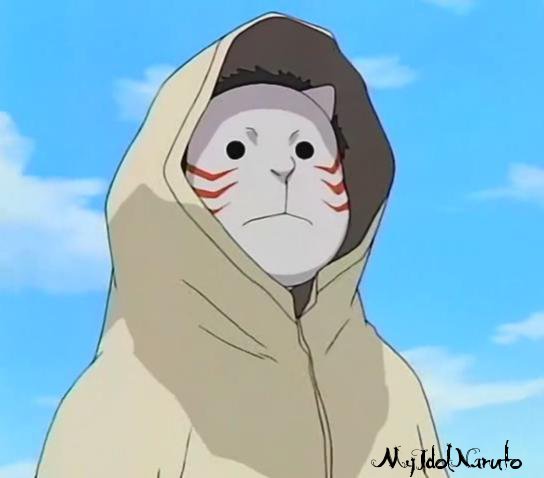