Benten (ベンテン, Benten) is a member of the Magaki Group, aiming to steal the Tsuchigumo clan's kinjutsu.
Although he is a young man, Benten has a very feminine appearance, even to the point where Chūshin quips that whenever Benten opens his mouth, it looks and sounds strange due to his masculine voice and feminine appearance.
Like his team-mates, Benten is obsessed with becoming powerful by gaining vast wealth with the Tsuchigumo clan's kinjutsu. Despite his villainous status, he seems to be somewhat reluctant to hurt women when he told Chūshin to take it easy on Hotaru. However, Chūshin has also brought up that Benten can be "scary" when he is angered.
Akaboshi, Benten, Nangō, and Chūshin make for Mount Katsuragi in search of the Tsuchigumo clan's kinjutsu. They manage to destroy the barrier around the mountain and make their way up. They could not find the jutsu anywhere and ran into Tonbee, whom the group defeated quickly. They discover that Hotaru has the technique and they begin searching for her.
Later, Benten and his comrades are seen receiving new orders from a mysterious man. After meeting with their leader, the four-man team encountered Utakata, who single-handedly bested the group until they caught him in their barrier technique.
After this, the group headed to the Tsuchigumo Village, where they ambushed Hotaru with the help of the villagers in the hopes of getting the kinjutsu. However, the scroll that Nangō hands Akaboshi turns out to be a rigged trap, which explodes, allowing Hotaru to escape. Benten and the team pursue Hotaru, and, just after catching her, are interrupted by Utakata, who claims to have business of his own with Hotaru.
After Utakata escaped with Hotaru, Benten and the rest of his squad were confronted by their leader, who showed them that Utakata was a missing-nin from Kirigakure with a bounty of 50 million ryō. Akaboshi asked their leader what they should do, to which he began to muse about.
Later, when Naruto Uzumaki sought out Shiranami, the Magaki leader, who believed the latter was an ally, Benten and his comrades ambushed Naruto and used Infinite Embrace to drain his chakra. While Chūshin beat Naruto, Benten almost revealed their plan before Akaboshi silenced him. Angered at being deceived, Naruto unleashed his Nine-Tail chakra and broke out of the Infinite Embrace. Though shocked at Naruto's strength, the Magaki used their Multiple Infinite Embraces to crush Naruto. Much to their shock, however, Naruto was still able to resist. Before they could do anything else, Utakata appeared and performed Acid Permeation. He angrily demanded that the Magaki tell him where they took Hotaru, while intimidating them with his Six-Tail chakra. Sensing that they were at risk, Akaboshi ordered Benten and the others to retreat and regroup with Shiranami at the Tsuchigumo village.
At night, when Utakata and Naruto returned to the Tsuchigumo village, it ws revealed that the Magaki had taken control by hypnotising all the villagers. Benten mocked them for falling for the trap so easily. Just before things got worse, the rest of Team Yamato arrived while hunting for Hotaru. Benten and the others than engaged them in battle. Benten and his group try to kill Team Yamato with their Impermanence of Worldly Things, but fails and Benten ends up getting knocked out by a punch from Sakura Haruno. 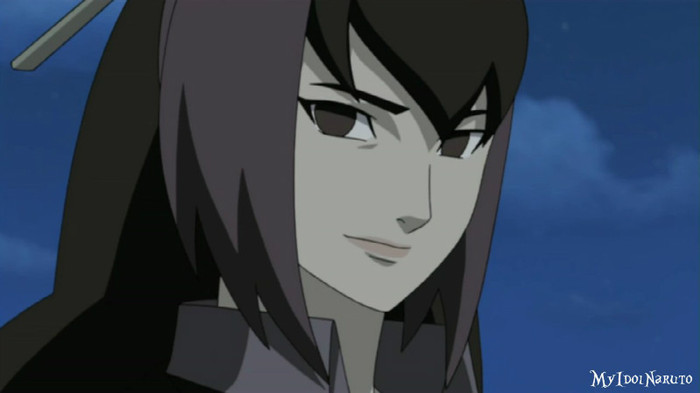