Black Shadow (影法師, Kagebōshi) is the first boss in Master Mode in the Naruto Shippūden: Ultimate Ninja 4 game, and is a giant wolf-like demon with five eyes, two snouts and six legs. It only talks in katakana in the Japanese version.
At first, Black Shadow takes the form of a short, stocky man in a long blue and white robe. He has tiny yellow dots for eyes, and hair coming out from the robe. In his true form, Black Shadow appears as a gigantic wolf with five eyes, two heads, and six legs. He also has a set of large wings and a long brown tail.
Black Shadow can place a restrain on a person in the form of a black shadow. Apparently, the restraint is so powerful that no mortal should be able to escape it. He can also shoot flying spikes that home in on the foe as well as summon a large number of shadow ninja, which he seemed to have created. He also appears to have incredible physical strength, as one slash from his paw sent Naruto flying back several feet. Another ability he has, is to create several tall pillar/tentacle objects from the ground around him. He can also split his body into several smaller/weaker, but faster forms. He is also able to appear from thin air and duplicate himself. He also has the ability to use the Bringer-of-Darkness Technique.
He lives in a cave in the Tree Felling Village and required a sacrifice to keep himself appeased. Naruto Uzumaki later killed it and the village changed its name to the Tree Revival Village. He can only be killed by the flowers from the Tree of Life.
Later, Guy and Naruto travel to his cave and seeing that the demon is not around, Guy pretends to become possessed by Black Shadow, although his act does not fool Naruto even after Guy is defeated and claims that he needs more training because his mind was so overpowered by the demon. 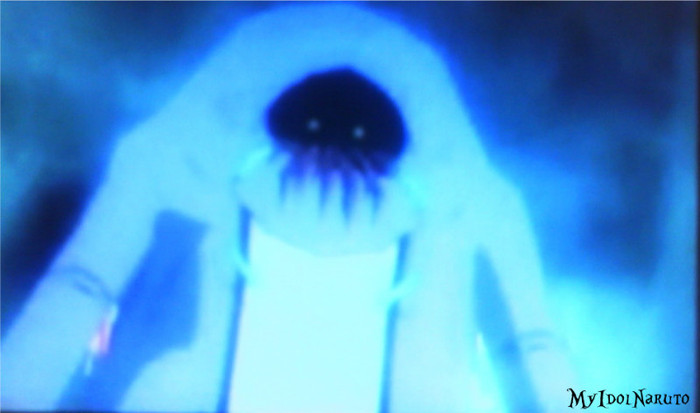 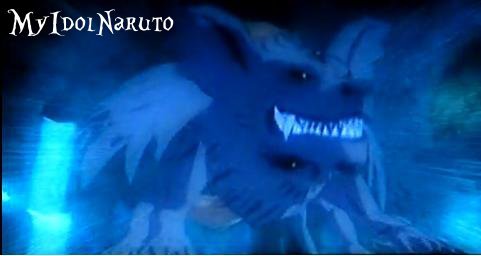