He is dressed in a white coat and black trousers with bandages tied around his right leg and black sandals. He also has brown hair tied into a short ponytail, and wears a mask with a boar motif inclusive of three markings at the top and bottom of it along with markings around the mouth and eye-holes. In Part I he wore the standard ANBU attire and wore a sword strapped to his back.
He makes use of large scale Earth Release techniques to trap enemies by causing a large amount of mud to fall on the opponent that can be shaped and heated by another ANBU member or summon a large boar-shaped lid that can be dropped on enemies. He is also probably competent in kenjutsu. He is also seen using Temporary Paralysis Technique.
During the chūnin exams, he and one of his colleagues went to retrieve Anko Mitarashi in the Forest of Death. After seeing that her cursed seal had resurfaced and hearing that she had encountered Orochimaru, he told her that martial law was to be implemented whenever he was spotted and as such the exams should not continue any farther.After carrying her back to the tower in the middle of the forest, they attentions are drawn to a video by Iwashi. They then discuss the progress of the Sand Siblings to the tower unscathed.
During Pain's invasion this ANBU captain worked in a three man team with two other ANBU captains in order to battle Pain's Giant Multi-Headed Dog summon. This battle is expanded on in the anime as they use their "Formation B" in order to halt the beast's advance and allow Shizune's group time to escape. 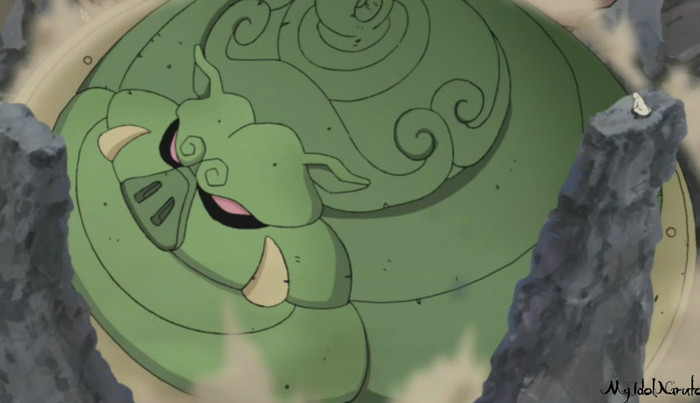