Lars Alexandersson (ラース・アレクサンダーソン, Rāsu Arekusandāson) is a bonus playable character in Naruto Shippūden: Ultimate Ninja Storm 2. Lars is part of a crossover with the Tekken franchise and was originally introduced in Tekken 6: Bloodline Rebellion, where he received an extra costume design created by Masashi Kishimoto; this design formed the basis of his appearance in Ultimate Ninja Storm 2.
Lars' background in the Naruto universe is never explained and left unknown.
In Tekken 6, Lars is a half-Japanese, half-Swedish soldier within the Tekken Force, and is the illegitimate son of Heihachi Mishima, half-uncle of Jin Kazama, half-brother to Kazuya Mishima, and adoptive brother of Lee Chaolan. He travels the world for a time, then leads the Tekken Force in a rebellion against the Mishima Zaibatsu and the G-Corporation, military forces controlled by his half-nephew, Jin Kazama and half-brother, Kazuya Mishima.
Lars is a man with green eyes and blond hair that features fringe bangs with upturned spikes in the back and a topknot in the shape of a crescent moon. He wears a patterned red kimono, decorative white obi, and golden armour adorned with a lion, spiral designs, and clawed gauntlets. His outfit includes golden accessories, including a hair pin, rings fastened to the collar of his kimono, and an accessory on the knot of his obi. The back of his kimono features a stylized "46" design as his clan symbol.
In Tekken 6, Lars is a warm-hearted and disciplined military man, in sharp contrast with the fierce and vengeful Mishima family members to whom he is related. He is a serious and focused fighter, but allows his emotions and sense of righteousness to determine the outcome of his battles.
In Tekken 6, Lars uses the fictional Tekken Force fighting style and has many attacks named after military terminology, weapons, and technology. He can perform Dynamic Entry (a stance where Lars dashes forward, unlike Might Guy's Dynamic Entry), as well as a technique known as Silent Entry (a stance where Lars dashes forward while in a crouching position).
In Naruto Shippūden: Ultimate Ninja Storm 2, Lars uses his fighting style combined with lightning techniques. His fighting style is mostly very fast Taijutsu mixed with Lightning Release infused blows. In addition, he is capable of using a minigun designed with motifs similar to his outfit; however, in keeping with the series' trend of not using any true firearms, the minigun fires kunai instead of bullets at a pretty impressive rate. 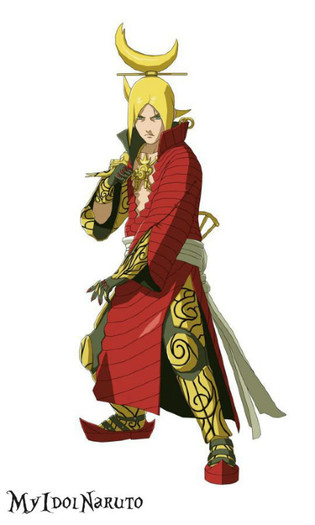